Posted by Relationship Expert on October 07, 2017 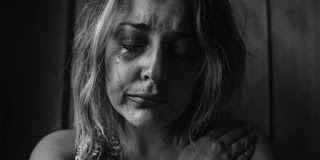 As interesting has marriage can be, it can also be a prison yard for you if the step you take to get into such union is wrong.

I know that it is possible you have a crush on a man or deep emotional feelings for him and the man not feeling the same. In most cases, if this same feeling is not being reciprocated, it becomes a serious concern for most ladies. And in the process, you start consulting your friends or looking for a strategy to use to get the man.

The strategy some ladies resulted to is to manipulate the man or seduce the man into a relationship with you. This kind of thought may seem fantastic initial but it is a step in a wrong direction. You ought to know that it is an effort in futility trying to get a man that has no feelings for you.

Another one similar to the scenario above is when a lady wants to keep a man by trying to get pregnant for him just to manipulate him.

Young ladies, no matter how desperate you get, never tell yourself to get pregnant in order to keep a man. This type of trap has never worked and will never work. No form of manipulation will keep a man that doesn’t want to be kept.

One of the things that a man detests and can make him hate a woman for life is for a woman to manipulate him into a marriage. The reason why this is so is that the choice of who to marry didn’t come from his heart rather he was manipulated into it. And if a man enters into a marriage out of his wish the woman should be ready to face every disappointment and depression of her life. The truth is that you can never have such man’s attention.

Somebody said “If babies kept men, we wouldn’t have so many single mothers out here”

The choice is a decision to follow a course and every man and woman must give their partner that privilege to exercise it. If he wants to marry you, beautiful! And if he is not interested in having you as his wife, fantastic! Either way, never use a manipulative measure to keep your man or to have a man if you don’t want to regret your relationship with him.