How to discern a relationship that will lead nowhere

Posted by Relationship Expert on August 18, 2017 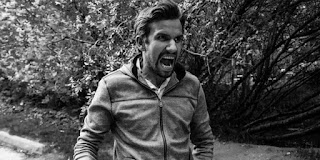 Many in a relationship today are just there to while away time. Not because they know why they are there or where the ship of such relationship is heading to.


I have been privileged to counsel many young folks on the subject matter of relationships and their response to the “why” of their relationship often time is heart breaking.


Some responses go thus “I don’t know why we are dating. All I can say is that we both love each other”. “I’m in the relationship because I needed someone to always make me happy”. “I’m into this relationship to free myself of disturbances from guys”, and lots more. And one thing stands sure, once the purpose of a thing is unknown, the abuse is inevitable.


4 ways to discern a relationship that will lead nowhere:

1. When he/she begins to abuse you physically, emotionally or otherwise

I used to know a guy who will beat his fiancée up like a mad man on a regular basis despite the fact that it was the lady taking care of the house rent. And each time he beat her up, I used to think within myself that is this lady bewitched or what could still be keeping her in such a relationship as this. But sincerely yours, it is not bewitchment often time, but foolishness. The assumption of many of such ladies is that he will change. What if he doesn’t?

I also knew a lady then, when she talks, her fiance has to keep quiet.

See, it will be a foolish assumption that someone maltreating you in a relationship will turn around to become an angel when you get married.

If he/she can’t value you now, I don’t think he will do when you get married.


2. When your partner is over demanding

Many are just like a parasite. They will drain you until you are left with nothing. And immediately that happened, they begin to look for another fertile land.

A true love is reciprocal. But when it’s now one side, it shows he/she is only interested in what he wanted to gain from you.

Don’t try to entice your partner to keep him/her. Define which needs worth attending to and which needs turning down.

I was counseling a lady sometimes ago and she narrated her ordeal with an over demanding fiancée with me. she said the guy always want to have sex with her, and when she turned him down, it leads to misunderstanding, and within less than a week, he has caught up with another lady. Why the sudden change? He is a parasite: he is into the relationship because of what he can benefit from it.
Some will say because I don’t want to lose him, I will do anything to keep him. I called this foolishness. Foolishness in the sense that, when he/she is done with you, he will definitely go.


3. When there is conflict of vision

When you are dating someone who doesn’t believe in your vision, such a relationship is ending nowhere.

Many ladies believe in tying guys down with pregnancy. Being pregnant or even having a baby for him does not mean he will get married to you.

Stop wasting your time dating someone who cannot see anything good about your vision and passion. However, if he marries you, you will be to him a sex object and baby factory.


4. When there is conflict in your belief system

When what your belief value is contradicting each other, such a relationship doesn’t worth giving yourself to because you will constantly disagree virtually over everything.

Don’t get me wrong. I’m not saying marrying someone of the same faith with you is the key to an excellent marriage, as there are guidelines to that also, but it will save you on so many things, and also help you to align your values, as what you believe help to shape your value(s).


The writer of the article is Kehinde Pius O. You can also read some of his interesting and other enriching articles on www.notosuicidalthouhts.com