Posted by Relationship Expert on August 11, 2017 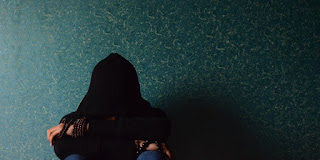 I read an article and I saw a question a lady asked about her relationship, the question was “My boyfriend asked me to consider embracing his core beliefs for marriage or stop seeing each other. What should I do?”

From the article, I discovered that they love each other but their core beliefs differ and their relationship is experiencing a set back because of it.

Most of the time women are the victims of this kind of situation and many of them will want to accept their partner’s core beliefs at the expense of theirs. This may not be the best thing to do if you haven’t given it a deep thought. Your answers must not be based on the short-term effect but on the long-term effect.

There was a lady I heard of who was on the verge of decision due to differences in core beliefs between her and her partner.  According to the story, she said ‘where will I start from if I leave the guy since we have dated for years?’ Her reason for embracing her partner’s core beliefs was because of the fear to start over again with another guy or possibly she felt she can’t manage the pain that comes with the break-up.

Somebody said “Never date anyone whose core beliefs are vastly different from yours." How true is this statement? To a greater extent, this statement is true if you view it from the long-term perspective. The danger associated with core beliefs that you don’t actually believe in but embraced because of the fear of breaking up with your partner is great.

However, before you make your final decision, try to answer the questions below:

1.  Can you compromise your core beliefs because of the love you have for your partner?

2.  What is the worst thing that might happen if you don't marry your partner?

4.  Does it worth it on the long-run if you embrace his/her core beliefs?

5.  Can he/she also give up on his/her core beliefs to embrace yours?

If you can’t answer the above questions satisfactorily, it is better to break-up the relationship. A vastly different core belief is a potential threat to the healthiness of your relationship. And it will be better to resolve it before getting married to him/her.