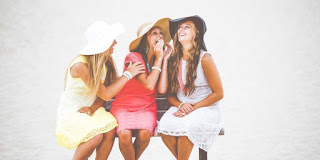 My early stage in life gave me some hints about some behavior shown by some ladies before dating a guy. I later found out that such behavior might be a little bit rampant, although, it may not be general with ladies.

There is a short story I will like to share to elucidate my points. There is this girl who lived very close to my mother’s shop back then. She was one of the beautiful and socially exposed girls in my area in those days. And you know that when a girl has such a profile, she will be one of the sought-after wherever she finds herself. Moreover, the tendency to look down or talk down any guy that makes advances to her might be high.

A particular day one of by big uncles where I lived was returning home from his place of work. And he is a calm, tall but slim guy. However, I discovered that as he was walking down the street, the girl with her friends were just making a jest of him and even calling him different names. Although, he was not aware of such action and how he was being insulted. But I got annoyed hearing different names they called him. I thought at first that he was treated in such degraded state because he had made advances to her but to my surprise, he hasn’t even had an encounter with the girl.

As young as I was then, it surprised me when I saw this same girl in our house looking for my uncle. I later found out that she is into a relationship with my uncle but it was difficult for me to marry what she had said about him and her falling in love with my uncle. It took me a long time to understand that when a girl insults you or name-called you that doesn’t mean they won’t later fall in love with you.

I have seen a girl that painted a particular guy will all kinds of bad names (womanizer, Playboy etc.) but ended up falling in love and went into a relationship with the guy. A colleague once told me “that a girl name-called a guy doesn’t mean that she won’t fall in love with him later”
I have taken some time to ruminate on this and I think that name-calling might actually be an indication that a girl may have a soft spot for the guy. Psychologically, if you don’t want anything to do with a person you won’t even give a damn about him, said different, it won’t occur to you that such person exist.

I am using this medium to advise some girls that fall in this category to desist from such act. It is wrong to name-call someone that might eventually be your lover. Such actions might make you look stupid in the sight of your friends and those that were around when you were making nasty comments about the guy. Even if it is a way of showing that you admire the guy, a wrong comment isn’t the best way to show your love or affection for the guy.