The major reason discord and divorce should be avoided in marriages 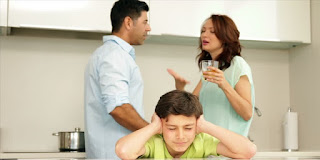 The pros and cons of divorce have been discussed by relationship experts and have taken a stand whether to support or against divorce. However, regardless of the side experts may take as regard divorce, I believe that discord and divorce should be avoided in marriage. I want you to know that if discord is a frequent divorce may be in view. So it is a wise decision when you minimize the occurrence of discord in your marriage.

Discord in marriages may be as a result of differences that exist between couples. However, your conflict-resolution capability with your partner will save your marriage from looming future. I always advise couples to have a common ground before going into a marriage because it will help them in coming to terms when there is a discord. For some couples, religion might be their common ground and it can be of help to solve some of the issues that generate discord in their marriages. For example, if both of you are Christians, you may have to return back to the Bible to know what it says about how to handle such issue(s) in a marriage. And this will assist in given the needed help so that the issue won’t lead to divorce.


Read: 3 causes and effects of broken homes on a child

There is a major reason you should avoid discord and divorce in your marriage and it is because of the legacy you will leave with your children. A study showed that parental behaviors most likely to predict the problematic marriages among offspring included jealousy, being domineering, getting angry easily, being critical, being moody, and not talking to the spouse (Amato et al 2001). If these negative emotions are not managed in a marriage, it will lead to frequent discord and later to divorce. It is also important you know that the quality of your marriage affects the quality of your children’s marriage: if you divorce then the probability that your children will do the same is high.


Moreover, it is also important to note that children with maritally distressed parents are less likely to observe and learn positive behaviors (such as compromise, resolving disagreement amicably, showing support, empathy etc.). The way you handle your disagreement in your marriage will affect the way your children will handle any kind of relationships they get into. Since marital quality is transmitted across generations so also divorce can span through generations. This is one of the reasons I don’t encourage divorce in the society. If not avoided the rate of divorce will keep increasing geometrically and I believe you won’t like to leave a divorce or marital distressed legacy with your children. In most cases, parents don’t look at the long-term effect of their behaviors on their children and this is why some parents easily seek for divorce when they notice a little threat in their marriages.


Read:   How to help your child and reasons you should not give up on him

Lastly, studies by Dadds et al., 1999, show that there are similarities in the strategies used by parents and children to resolve a conflict. This means that if you lack the ability to resolve disagreement amicably with your spouse then your children will have challenges in conflict-resolution in their marriages.