The 8 major reasons marriages breakdown in the society 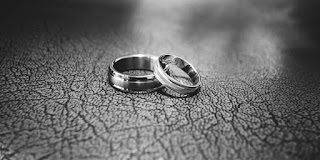 It is no longer news that marriages break down in the society and many children have suffered as a result of it. Marriages shouldn’t be a source of complication to one’s life rather it should be an institution that helps couples to grow and become useful to their society. The purpose of marriage will be forfeited if the divorce rate keeps growing geometrically. Some of the purposes of marriage are for fruitfulness, multiplication, improving on the existing structure of the earth, to make the world a better place, the first place to raise responsible leaders, etc. However, some people believe that marriage is a source of frustration and disappointment.

Having a negative view of marriage is as a result of abuse people see around them. Hence the saying "when the purpose of a thing isn't known abuse is inevitable" The problem isn’t with marriage but the people involved in it. When couples do not know the purpose of marriage and the benefits of peaceful home to the society, they will eventually be a bad model. Nevertheless, marriage is good if its intent is understood and nurtured.

The moment you start comparing your wife or husband with other people, your marriage starts tending to break down. It is unwise of you if you compare your spouse with anybody. Hence the saying “they that compare themselves are not wise” Your partner is a unique person who is different from you or anybody else. You will only get embittered if you continue in such an unhealthy manner which may lead your marriage to a breakdown.

Unfaithfulness to one’s partner is a result of the lust of the flesh and lust of the eye. When you lack the ability to stick to your partner, you are directly creating a crack in your marriage. A marriage can’t be peaceful if you still lust after other people: it means that you aren’t satisfied with your partner. And a lack of satisfaction will mess your marriage.

Financial constraint poses a serious threat to the healthiness of marriages. I have had a story of husbands running away from their wives because they lack money to take care of their children. For example, a man ran away when he had that his wife gave birth to quadruplets. The reason why he did so was the lack of the required amount of money to take care of them. Marriages always face tension when couples and their children are living below the acceptable standard of living.


5.  Inability to hold on and weather the storm together

There are times when a marriage will be passing through tough times (it may be sickness, loss of job, etc.) and if couples don’t have the tenacity to hold on to the wedding vows the marriage may breakdown.


6.  Lack of cooperation and inability to settle their differences

There is one thing married couples must understand and it is that cooperation is vital to their marital success. Also, you and your wife are different in all measure and standard. If these differences aren't looked into and look for a common ground problem that can lead to breakdown will always arise.

A marriage can’t last long when there is no trust. Trust is the bedrock of a successful marriage.

When your views of marriages are wrong the probability that the marriage you are into will last is low. Some people married for a wrong reason and since the reason is wrong the marriage is likely to fail.

Read: How to save your marriage and keys to improving it