The unimaginable story of a couple 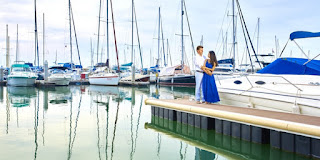 The story I’m about to tell is a true life story of a couple whose marriage was blissful at the beginning but has experienced a shocking break-up after years of marriage. It was a shock to me because I couldn’t believe such marriage could break up so easily.

I am of an opinion that no relationship is all sunshine, but two people can share one umbrella and survive the storm together. This can only be true if there is mutual understanding, perseverance, determination, and endurance by the couple to make the relationship a success. A relationship is not meant to cause inconvenience to anyone but to make two people come together to achieve a definite goal in life. And a goal can be achieved if you and your spouse agreed to work as a team.

There is a man called Ade and his wife Ada, they have three children namely Bimbo, Tito, and Segun. Ade loves Ada so much and also Ada reciprocated the love. They love to do things in common and an example was a business they ran together. The business thrived that the family budget was ran by it, although, Ada was more engaged because Ade is physically challenged. However, Ade was the one that conceived the business idea and the founder of the business.

Everything was going fine with the family; in fact, they are Christian who are very active in the church. They have helped so many people that have challenges educationally and also love praying for people. Their children are healthy, loving, and good looking because of the maximum peace they enjoyed at home.

In some couple of years, the marriage begins to experience some cracks but it was left unattended to early until it became an issue that led to their separation. Ada's side of the story was that Ade demands sexual activity a lot and that is all he ever thinks about. She felt she can no longer cope with that demand and that the demand is making her life miserable. The husband's need was what led to a break-up and the reason why Ada demonized her husband.

Although, it is possible for a woman to have difficulty to satisfy a man’s sexual need when the man is sexually active or too demanding, this issue wouldn’t have led to a breakup it if has been nipped in the root. What she needs to do is to understand her husband’s sexual need when their marriage was still young and look for how it can be met without being burdensome to her. In any relationship, there is a need for you and your spouse to adjust as need be.

Recommendations for couples
1.  It is very important that every problem must be identified and solve early in a relationship before it gets out of control.
2.  You must not give up on one another regardless of each other's flaws.
3.  You and your spouse must not stop doing the things that made your relationship blissful at the beginning.
4.  Forgiveness is essential for every successful marriage.
5.  Try as much as possible to make your home peaceful.

Note: The names above are fictitious