He wants us to cohabitate while on campus - what should I do? 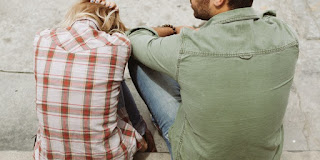 I know at this point you will be going through some pressure from him because of his request. He may even think his request isn’t too much for you to grant since other students are doing it. You must understand that his request is a reflection of his understanding of relationship and cohabitation. It is impossible for him to reason beyond his level of understanding.

Firstly, let me enlighten you on the meaning of cohabitation. It is a living arrangement in which an unmarried couple lives together in a long-term relationship that resembles a marriage. Although in Nigeria students do call it “campus love”. Living together in a long-term relationship that resembles a marriage is a statement of concern to me. You shouldn’t forget that your primary aim in school is your studies. So engaging in a marriage-like relationship will be an extra load which can affect your studies. This load will contend with the attention you ought to give to your studies. Some of what you are likely to do for your partner when you cohabitate with him are:

Secondly, your partner has reasons why he wanted to cohabitate with you. Some of the likely reasons are listed below:


A period to test for compatibility

The school hostels are cheaper than hostels outside the campus. If he can’t afford to stay off campus, he should go for the school hostel. Also, if your school has no hostel of its own, he can as well pair with his friends. I believe sharing a room with his friends would have been a good idea instead of cohabitating with you. Cost of living isn’t a good reason for him to cohabitate with you.

Furthermore, there is significant effect cohabitation can have on your studies and life. Some of the effects are:

Some of the abuses may include beating, maltreating, turning you his servant etc. The most annoying part of it is some of the house chores some ladies can’t do for their parents will be done for their partners, all in the name of “love”.


2.  It can lead to poor academic performance

The probability of getting pregnant when you cohabit is high. So, abortion is the option for campus lovers since they are not ready to be called father and mother. In the process of abortion, damages might have been done to their internal organs and it may be life-threatening.


Lastly, relationships aren’t a do or die. It is not even a purpose you must fulfill. So you don’t have to cohabitate in the name of strong emotional feeling that you both share. Patience is a virtue. Your academics should be your priority and every other thing can come later. It is always good to follow the right path: take your academic serious while in school, finish with a good grade, go into a relationship that your parents are aware of, let their heart bless the relationship, let him legally marry you.


It is an honor to your parents when your partner doesn’t cut corners but seek their consent and approval before he proceeds to marry you. Don’t allow your emotion to affect your sense of judgment. If you rush in, you will rush out. If he truly loves you, your progress in life will be his priority and he will wait until the right time.

My advice is you shouldn’t cohabitate with him.