I love this girl and do not want her to go, but she is double dating 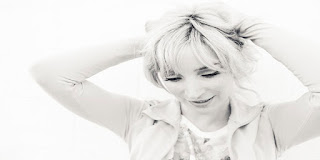 One thing I learned early in life is people have different lenses through which they view issues. Our perception and judgment differ. Some actions are a product of insecurity and lack of understanding. Although, there may be reasons known to you why you have decided to act in such a way. That doesn’t mean such an action is right. It is a common knowledge that a lady will have more than one admirer. A handful of guys will want to go into a relationship with her based on what they see or cherish about her. she then uses the opportunity to date as many guys as possible.

There are reasons why ladies go into relationships with more than one guy. The reasons are:


To be open minded to different options. Lol

They want more: not satisfied

They see it as the only way to be secured

Inadequate understanding of a relationship


The above reasons may look logical superficially but if you look deep, you will discover that lack of knowledge and insecurity is the root cause. Although some might have used dating more than a guy to get their suitor, that doesn’t make it right. People are looking for a quick fix approach to save them from breakups. Some people believes “since double dating is a norm with guys, what prevent me from doing the same, after all, everybody is trying to be smart.”

Dear daughter, I understand your plight. I know some guys are so ruthless when it comes to relationships. They don’t care about your emotional feelings and the state of your mind: they don’t mind if you are hurt because they are playboys and can break up as they will. All these are not new. But you should have perceived that he is not sincere when he proposed to you. Wisdom would have guided you when he was promising you heaven and earth. One thing I want you to understand is this, there are bad guys and also there are good guys. If you have been patient enough you wouldn’t have fallen into the trap of the bad ones. Past experience or bad guys isn't a good reason to engage in double dating.

However, some ladies just see it as a fun or what make them socially acceptable when they date more than one guy. Moreover, some ladies don’t know what they want in a relationship. So they jump at different guys because they lack direction.

Dear son, I know you love her but she doesn’t want to get into an exclusive relationship. She has shared her love and feelings with other guys. Her level of commitment has dropped because you no longer satisfy her. Moreover, she is trying to compare and weigh different options before her. I know my advice may not go well with you but I will still try to help you. Leave her and move on with your life. You might lose out eventually if you don’t break such unhealthy relationship.

For every guy and lady going into a relationship, you must have knowledge of what a relationship is about. You must be ready for it, mentally, emotionally, physically and socially. Don’t go into anything you are not ready for.