4 ways to win your husband’s heart 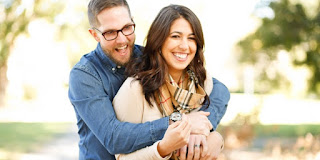 Winning a man’s heart is not as difficult as most women think, it is a matter of giving him what is dear to him. Importantly, women need to be patient enough to listen the unspoken need of their husband. Ones that is done and acted upon, you would have touched his soft spot.  Moreover, every woman doesn’t want to share their man with any woman and the only way not to lose him is to win his heart.

It is possible for a man to mask his emotional feelings or pretend as if nothing is wrong when his wife failed to meet his needs. But if his unspoken needs are met by his wife, it makes him feel like a king.
If you ask any man, what will you appreciate your wife do or give to you? He will have at least one thing he would appreciate his wife to give or do for him. However, this is not to say women don’t have a need. But this article is targeted to address men’s needs.

Moreover, you can win his heart effortlessly by taking the four steps that are discussed below:

He needs peace at home

This is one of the greatest gifts you can give to your husband. You should not make the house unbearable for him rather make it a place of relaxation. Men thrive more in an atmosphere of peace because it is requisite to their personal and career growth. Also, never put unnecessary pressure on him. Pressure from some women has sent some men to their early grave.

Do away with nagging and you see your man becoming proud of you. Make your observations, suggestions, and requests known to him in peace. You don’t need to turn the house into a battlefield for you to get his attention. All you need is to make the atmosphere of your home peaceful and habitable for him because such atmosphere guarantees his security.

He needs a good-looking wife

Was it because you were slim and smart that got you attracted to him initially? If yes, what has now happened to you? You have gained weight and blown up like a balloon. Are you now worried why your physical appearance no longer attracts him? The simple reason is that what turns him on in you have gone.  It may be that your husband was attracted to how pleasingly chubby you were when he met you, but now you look like someone suffering from starvation and have become sluggish.

A man feels good when his wife looks good. Dress properly, make a hairstyle that he loves, walk smartly and maintain a good weight, by doing so, you will win his heart.

He needs your support

One of the desires of a man is to have a wife who is supportive. And how successful a man is, depend on how supportive his wife is. A woman who believes in her husband’s dream and supports him will have a key to her husband’s heart. Let him see that you want him to succeed.

Never deny him of sexual affection

You can’t deny a man a sexual affection and expect him to be happy with you. Satisfy his sexual need whenever he asks for it.

I believe there are other ways you to win your husband’s heart which is not limited to the points I have discussed above. What you just need to do is to listen to his heart and know what he needs then you will see yourself having the key to his heart.