4 signs she is dating someone else 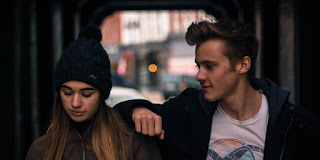 Dating more than one guy is a strategy people use to avoid being emotionally involved in a relationship. This method is what I do refer to as “escape mechanism” from one of the major requirements for a relationship – commitment.


I know you are not comfortable with some of the strange signs your partner are showing lately. It has become a concern to you. Your relationship is no more going the way it ought to be because somebody is trying to play smart in your relationship. You don’t need to worry; all you need to do is to know how to detect this signs early and take necessary action. Multiple dating is a threat to relationships. If not check or curb, it will make a relationship loses its purpose.


I will want you to note your woman’s behavior pattern toward you. If it changes for no apparent reason chances are she is having a second thought about the relationship and it is highly likely she may be seeing another man. The change may appear as “normal” on the surface, however, there is a good reason for you not to get self-satisfied and brush it off. Changes in behavior patterns are a good indicator of an internal decision.


For instance, if she usually answers the phone every time you call and suddenly your calls go unanswered or she gets harsh on you unnecessarily when answering your calls. Also, if she shows annoyance when picking your calls or she no longer gets excited during a conversation, it is a reason for concern.


Below are the 4 signs to look out for:

All of a sudden she gets angry or upset about something she has never got angry with you about before. If these changes persist, it is a sign she is seeing someone else. It can also mean she is comparing you to the new guy.

Are you noticing a coded identity on her phone? Or probably you no longer have access to her phone because she has put a password on it. Has she all of a sudden stopped taking calls in front of you?
Let me share my own experience with you. I have an access to my partner’s Facebook account but suddenly I discovered she has changed the password to her Facebook account without informing me. Also, I discovered she started having a private chat with the new guy. Whenever I called her I noticed her number is always busy. The rate at which her number gets busy became a concern to me. And if I ask her who she was having a conversation with, she will become angry unnecessarily.

Growing cold of the relationship

One of the things communication does in a relationship is it breeds attention. Once there is a break in communication, it is a sign that the attention that was once yours could be someone else’s now.

Maybe she used a pet name like my love, honey, etc. to save your number on her phone but suddenly it has changed to your real name. It's also a sign that should not be brushed off.